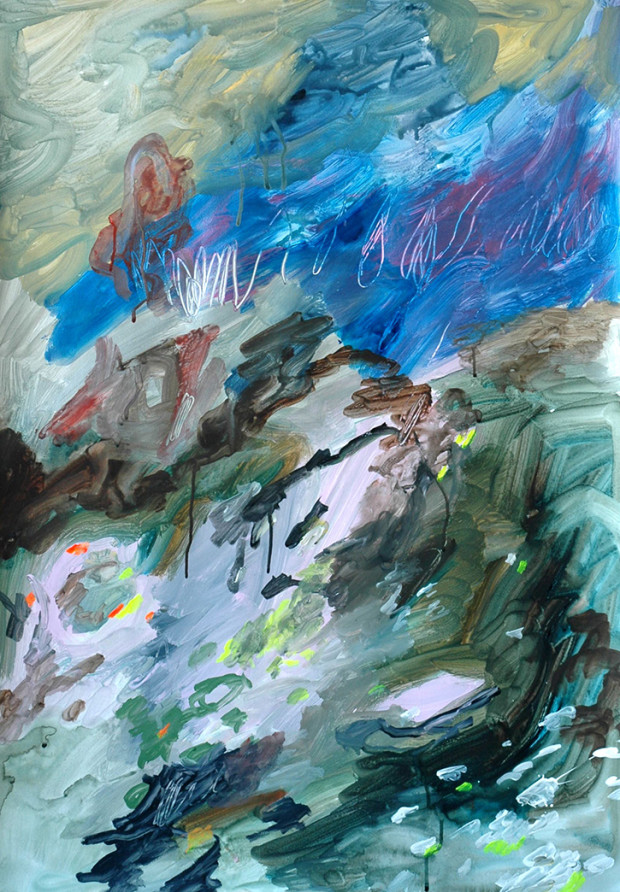 In this chapter, the Pequod is cruising the Japanese sea with its “unblinkingly vivid Japanese sun” when Ahab gives the order to turn the ship toward the equator, in what he and the sailors hope will be their final approach to an encounter with Moby Dick. Each day Ahab pulls out his quadrant in order “to determine his latitude” precisely.

The quadrant, so-called because its shape is one-quarter of a circle, was first developed by the ancient Egyptian scientist Ptolemy as an alternative to the astrolabe. Medieval Muslim astronomers refined the instrument, creating several different versions, including the horary quadrant, which was used to determine the precise times for prayer through observations of the sun or stars. Arab sailors used the quadrant to enable them to sail out of sight of land. They knew the latitudes of their destination ports and would sail until their ships were at the correct latitude and then turn to sail in a straight line along that latitude until they reached port. They generally used the star Polaris, because they knew its height above the horizon for particular latitudes. 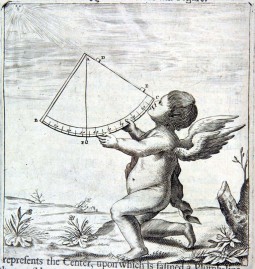 As shown in the image to the right (which comes from New Collection of Voyages, Discoveries and Travels: Containing Whatever is Worthy of Notice in Europe, Asia, Africa, and America [ 1767]), the mariner’s quadrant had two sights along one straight edge, with a plumb bob hanging down from the corner. Lines of latitude were marked along the curved edge. Arab sailors would align the quadrant with Polaris and the plumb bob would indicate the latitude at which the ship was sailing. You can imagine that it was a difficult feat to determine latitude accurately on the deck of a ship that is swaying with the waves.

Later sailors would align the quadrant with the sun in order to determine latitude during the day, making blindness an occupational hazard among navigators. It’s for this reason that, as Ishmael notes, Ahab’s “quadrant was furnished with colored glasses, through which to take sight of that solar fire.” As Ahab gazes toward the sun, Fedallah, the Parsee, kneels and gazes at Ahab.

As in “The Chart,” Ahab is using the scientific tools available to sailors to try to determine the whereabouts of Moby Dick. But he becomes frustrated by the limited knowledge that the quadrant can provide:

Foolish toy! babies’ plaything of haughty Admirals, and Commodores, and Captains; the world brags of thee, of thy cunning and might; but what after all canst thou do, but tell the poor, pitiful point, where thou thyself happenest to be on this wide planet, and the hand that holds thee: no! not one jot more! Thou canst not tell where one drop of water or one grain of sand will be to-morrow noon; and yet with thy impotence thou insultest the sun! Science! Curse thee, thou vain toy; and cursed be all the things that cast man’s eyes aloft to that heaven, whose live vividness but scorches him, as these old eyes are even now scorched with thy light, O sun! Level by nature to this earth’s horizon are the glances of man’s eyes; not shot from the crown of his head, as if God had meant him to gaze on his firmament. Curse thee, thou quadrant!’ dashing it to the deck, ‘no longer will I guide my earthly way by thee; the level ship’s compass, and the level dead-reckoning, by log and by line; these shall conduct me, and show me my place on the sea. Aye,’ lighting from the boat to the deck, ‘thus I trample on thee, thou paltry thing that feebly pointest on high; thus I split and destroy thee!’

Ahab foreswears science and rationalism, which point him toward the heavens but provide no revelations. Science cannot predict the future or reveal fate, and so, in destroying the quadrant, Ahab enters into his final fatalistic phrase, muttering, “Here some one thrusts these cards into these old hands of mine; swears that I must play them, and no others.”

A strange expression crosses Fedallah’s face: “a sneering triumph that seemed meant for Ahab, and a fatalistic despair that seemed meant for himself.” Thinking back to the predictions of the previous chapter, one wonders: Does this mean that Fedallah has somehow ensnared Ahab but at great cost to himself? Is Fedallah indeed a manifestation of Mephistopheles? Or is he something more?

“The Quadrant” is read by journalist and essayist Horatio Morpurgo. The accompanying image, Untitled (2012;  watercolour, gouache & acrylic on paper, 100 x 70cm) is by Volker Eichelmann and is used courtesy of the artist and Galerie Andreas Huber, Vienna. Visit the Big Read” site to see a high resolution version. The illustration of the quadrant  comes from the online Mariner’s Museum, which offers many useful facts about the history of maritime exploration.