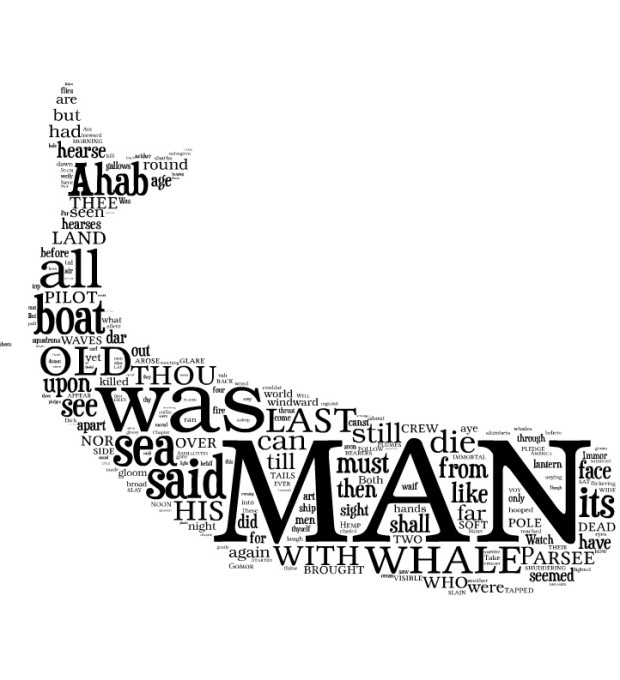 For some years, never mind how many precisely, I taught Moby-Dick in the context of an NYU MAP course called “Conversations of the West.” That set of courses typically spent the first half of the term on readings from the Biblical and Classical traditions and the second half of the term on texts from one of the following periods: medieval, Renaissance, Enlightenment, Nineteenth Century. Here’s the officail description of “Conversations of the West” courses:

Through exploration of contrasting and complementary works in the humanities from different periods, Conversations of the West provides a historical, literary, and philosophical context for education in the liberal arts. . . .
The classes share a concern with some of the ancient civilizations that have shaped the development of cultures in the West.

Herman Melville’s Moby-Dick is widely thought to be one of the greatest masterpieces of American, and indeed Western, literature. This genre-defying book mixes comic, tragic, and epic modes as it wrestles with questions about the relationship between free will and fate that have tantalized humankind from antiquity to the present. By studying Melville’s engagement with his classical and biblical inheritances, we seek to understand the sources of the cosmopolitan vision from which his novel springs. If Moby-Dick is “the Great American Novel,” then what does that tell us about the nature of “America”? From what kind of “America” does Moby-Dick arise, and how different is that “America” from the one that the novel seeks to promote?

My approach to the early texts would be unabashedly presentist: the point was to examine what “good” those Classical and Biblical texts were to Melville — and what “good” Melville’s novel is to us today. To open the idea of “Biblical and Classical” traditions up to scrutiny, I added a tradition that was an antecedent to both: Zoroastrianism. And to make a Melvillean bridge between all of those early traditions and Melville’s literary moment, I’d add a couple of plays by Shakespeare: always Hamlet, but occasionally also Lear, Macbeth, or Othello.

“The Whale Watch” is an exemplary chapter, therefore, for my purposes because it demonstrates the relevance of both Zoroastrianism and Shakespeare to a reading of Moby-Dick. Fedallah, Ahab’s harpooneer, is a “Parsee.” Click on the word “Parsee” in the word cloud that accompanies the chapter on the “Big Reads” site and you get these Google results, which include the following definition from Wikipedia: “A Parsi or Parsee (pron.: /?p?rsi?/) is a member of the larger of the two Zoroastrian communities in the Indian subcontinent, a member of the other being an Irani.”

Meanwhlle, this chapter, which describes three prophecies that Fedallah makes concerning Ahab’s fate, should (at least in retrospect) remind us of the prophetic speeches of the witches in Macbeth.

Ahab tells Fedallah, “I have dreamed it again,” referring to a recurring dream about hearses. Fedallah first replies: “Have I not said, old man, that neither hearse nor coffin can be thine?” He then adds, enigmatically: “But I said, old man, that ere thou couldst die on this voyage, two hearses must verily be seen by thee on the sea; the first not made by mortal hands; and the visible wood of the last one must be grown in America.” Ahab quite naturally believes that “such a sight we shall not soon see,” much as Macbeth believes that the witches’ prophecy in Act IV Scene i of Macbeth that “for none of woman born / Shall harm Macbeth” means that he cannot be killed in battle.

Fedallah then prophesies, “Though it come to the last, I shall still go before thee thy pilot.” Ahab interprets this statement to mean something like before he, Ahab, can die, Fedallah must die first and then still rise to pilot him. Another impossibility.

Finally, Fedallah predicts, “Hemp only can kill thee.” Ahab interprets this to mean that he can only die on the gallows, which will not happen on sea: “‘The gallows, ye mean. — I am immortal then, on land and on sea,’ cried Ahab, with a laugh of derision; — ‘Immortal on land and on sea!'” Of course, Macbeth also believed himself to be immortal on the basis of this statement from the witches: “Macbeth shall never vanquish’d be until / Great Birnam wood to high Dunsinane hill /
Shall come against him.”

The entire conversation takes place over the body of the whale that Ahab has killed in the last hunt, which is brought on board after Ahab’s last statement, the juxtaposition itself a seeming prophecy. But of what? That Ahab will kill Moby Dick? But remember that in the last chapter Ahab has compared himself to this very whale in its act of dying.

“The Whale Watch” is read by Dr. Routledge. The accompanying image, “Text of Chapter 117: The Whale Watch,” is an interactive word cloud (static version shown above) by i-DAT, composed of the text of the chapter and created using tagul.com. Visit the “Big Reads” site to see the interactive version.