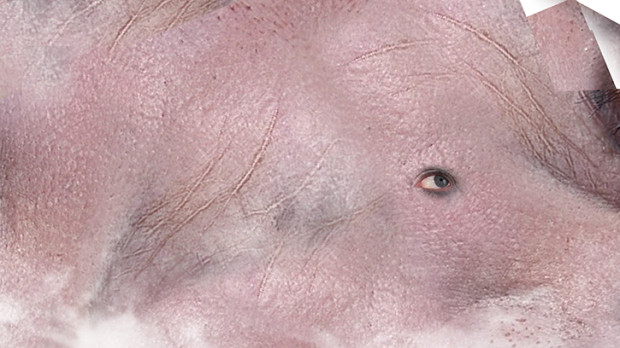 Although the Pequod is moving in the opposite direction — both literally and metaphorically — from the happy, homeward bound ship with which it gammed in the last chapter, a little bit of the Bachelor‘s luck seems to rub off on Ahab’s boat, which manages to catch four whales. Ahab himself is responsible for one of them. For some reason, on occasion, he is struck by the dying whales’s perennial last gesture — “the turning sunwards of the head” — which makes him aware of a “wondrousness unknown before.”

In the four-paragraph soliloquy that follows, Ahab compares himself to the whale making use of the fire imagery with which Ishmael has associated Ahab from moment that the captain was first seen on the Pequod‘s deck: “He too worships fire; most faithful, broad, baronial vassal of the sun!” Ahab’s musing takes him around the world, as he invokes “long Chinese ages,” “the Niger’s unknown source,” the “dark Hindoo half of nature.” Ahab’s points of reference are Africa and Asia —  not America — and Ahab seems to address himself to some “infidel” deity, a “queen,” who is most certainly not the Christian God.

The dying whale turns toward the light, but it is to nature’s “darker half” — the sea — with its “prouder, if … darker faith” — that Ahab turns. The last chapter ended with Ahab contemplating a vestige of his home on land — a glass vial containing Nantucket sand — but now Ahab asserts his fundamental kinship with the sea: “though hill and valley mothered me, ye billows are my foster-brothers.”

Does Ahab’s fate lie with these “foster-brothers” rather than with the actual family he has left behind on land? It’s certainly looking that way. With it’s invocation of supernatural powers outside the Christian tradition, “The Dying Whale” paves the way for one of the book’s turning points, the scene of prophecy that takes place in the following chapter.

“The Dying Whale” is read by BBC presenter Jenny Cuffe. The untitled image is by New York artist Tony Oursler.