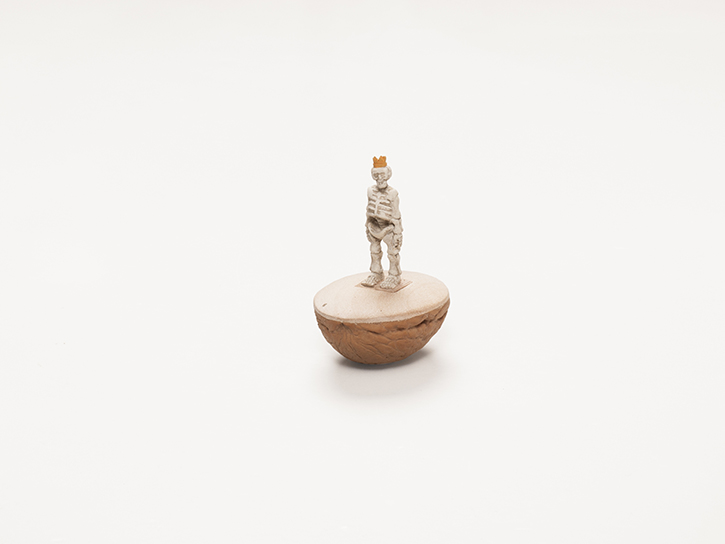 Now that the ship is anticipating a meeting before long with Moby Dick, there’s a lot of call for the services of Perth, the blacksmith, and Ishmael takes the opportunity to tell Perth’s story. Though ostensibly “The Blacksmith” is a biographical chapter akin to “Biographical” (which fills in Queequeg’s back-story) or the two “Knights and Squires” chapters (which tell us about the Pequod‘s mates), the chapter also functions as an inset story much like “The Town-Ho’s Story.” It invites us to remember and reflect on Ishmael’s reasons for going a-whaling (“Whenever I find myself growing grim about the mouth …”) by showing us a character who also turns to whaling as a way of staving off despair.

The chapter simultaneously invokes two different genres of writing that were familiar to Melville. The first is Shakespearean tragedy, as Ishmael describes the blacksmith’s life as if it were a play: “Out of this revelation, part by part, at last came out the four acts of gladness, and the one long, and as yet uncatastrophied fifth act of the grief of his life’s drama.” The double-negative phrase “as yet uncatastrophied” suggests, of course, that it’s only a matter of time before catastrophe strikes Perth (and all his ship-mates).

I believe I hear an echo of Hamlet’s description of death as “The undiscovered country, from whose bourn / No traveller returns” in Ishmael’s description of Perth’s contemplation of suicide:

Death seems the only desirable sequel for a career like this; but Death is only a launching into the region of the strange Untried; it is but the first salutation to the possibilities of the immense Remote, the Wild, the Watery, the Unshored; therefore, to the death-longing eyes of such men, who still have left in them some interior compunctions against suicide, does the all-contributed and all- receptive ocean alluringly spread forth his whole plain of unimaginable, taking terrors, and wonderful, new-life adventures …

Perth’s tragic credentials are further bolstered by the fact that he hobbles, having lost his toes to frost-bite, and is therefore linked symbolically to the Olympian god Hephaestus, who forges weapons for his fellow gods.

The other genre that Ishmael invokes is the temperance tale, a didactic, melodramatic form that was popular in the United States during the mid-nineteenth century. Perth’s tragedy is self-inflicted, the result of drink, and Ishmael relates the story in prose that, like much sentimental fiction written by Melville’s contemporary, is  marked by exclamation points, personifications, and other elaborate rhetorical flourishes. It’s another appropriation of the sentimental — one of the genres against which Melville and Hawthorne were ostensibly writing their book-length “romances” — and the chapter as a whole reinforces the idea that Moby-Dick is an encyclopedic text that is itself an anthology of different literary forms.

“The Blacksmith” is read by musician and radio presenter Emma Ayres. The image, Knochenmann König [Bonesman King] (2012; 3x3x6cm, walnut wood), is by Peter Sauerer. It is used courtesy of the Thomas Rehbein Gallery in Cologne.