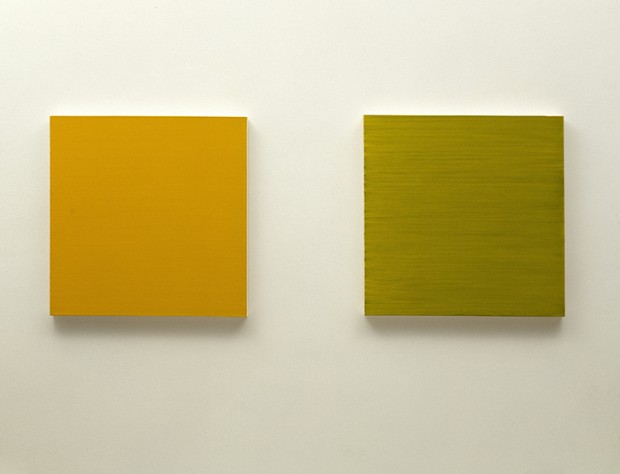 What Ishmael calls “Brit” is one type of krill, the small crustaceans that form the diet for so many ocean-going mammals: “we fell in with vast meadows of brit, the minute, yellow substance, upon which the Right Whale largely feeds. For leagues and leagues it undulated round us, so that we seemed to be sailing through boundless fields of ripe and golden wheat.”

To get some sense of what Ishmael is describing, see this video clip from the BBC series Blue Planet:

For wonderful images of right whales, see this video “Ocean Soul: A Magical Day with a Right Whale,” in which a National Geographic photographer describes interacting with right whales in Antarctica:

Ishmael continues the metaphor of harvesting as he describes how the right whales “swam, making a strange, grassy, cutting sound; and leaving behind them endless swaths of blue upon the yellow sea.” And that thought leads him to a comparison of the sea and the earth and, of course, the idea of which is more terrifying. As promised yesterday, we then get another consideration of cannibalism:

Consider the subtleness of the sea; how its most dreaded creatures glide under water, unapparent for the most part, and treacherously hidden beneath the loveliest tints of azure. Consider also the devilish brilliance and beauty of many of its most remorseless tribes, as the dainty embellished shape of many species of sharks. Consider, once more, the universal cannibalism of the sea; all whose creatures prey upon each other, carrying on eternal war since the world began.

If humankind emerges in Moby-Dick as more savage than civilized — or, perhaps, pursues savagery in order to maintain its so-called civilization — nature, nonetheless, is not offered as a pastoral alternative. Nature is just as savage. The final in that quotation seems to echo the political philosopher Thomas Hobbes’s description of the state of nature as bellum omnium contra omnes — the war of all against all — and Ishmael means to implicate both the human world and the natural world in this state of warfare. In a typical final gesture, Ishmael reflects back in this conception of the world as an allegory of the self.

“Brit” is read by the actor Benedict Cumberbatch who is well known to British audiences for playing Sherlock Holmes in the ongoing television series Sherlock and for playing the roles of Victor and the Creature (alternating with Jonny Lee Miller) in the National Theater’s production of Frankenstein (2011), which was filmed for the NT Live series. Cumberbatch also appeard in Steven Spielberg’s adaptation of the play War Horse (2011). In December, he’ll be seen in the much-anticipated prequeqel to the Lord of the Rings trilogy,  The Hobbit: An Unexpected Journey (2012).