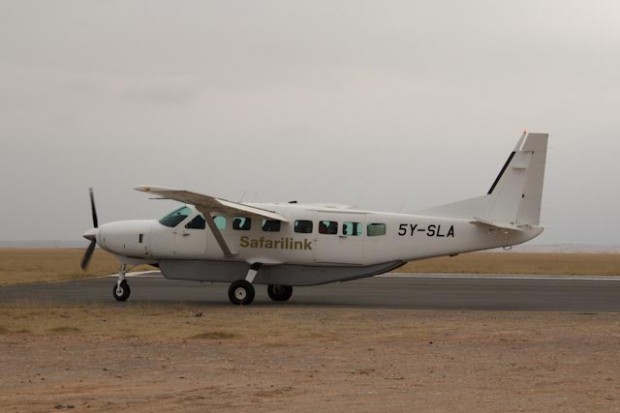 On our second day in Africa, we went to Wilson Airport in Nairobi to catch a Safarilink propeller plane to Amboseli National Park, where we stayed at the Amboseli Serena Safari Lodge.

Amboseli is 2 degrees 40 ‘ south of the equator, so we were visiting during the coldest time of the year. 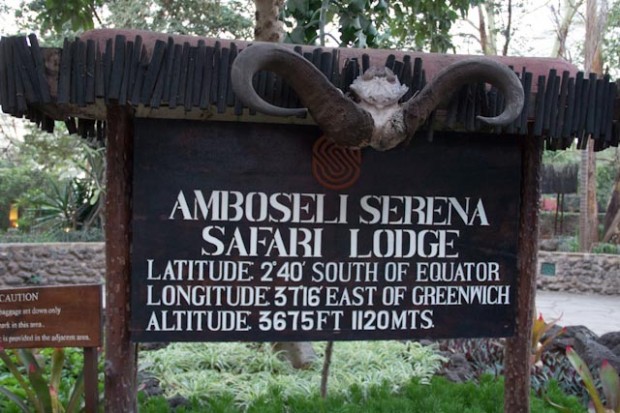 “Amboseli” comes from the Maa word “Empusel,” which means “dusty place.” William, the guide who took us for a walk in the bush on our second morning, told us that Amboseli is known for three things: dust, elephants, and Mt. Kilimanjaro. In fact, we’d come to Amboseli because, when we were planning our trip to Africa, I said I wanted to see something iconic. (Perhaps that’s the Emirati world-view rubbing off on me.) We knew we wanted to go to the Masai Mara, but we were looking for an additional destination. Our first thought had been Victoria Falls, but that proved to be too difficult to combine with the Mara in the time we had available. My next thought was Kilimanjaro: we didn’t want to be on the mountain, we explained to our tour organizer, we wanted to be able to see it. To my friends, I joked, that I just wanted to take the postcard photo.

During our first two days in Amboseli, we encountered a lot of dust, which was churned up along the dry roads by every vehicle including ours and frequently found its way underneath my contact lenses. But we also saw a lot of elephants, many quite close up. We’ve watched a lone large male wend his way toward our jeep at a leisurely pace and then cross the road in front of us on his way to the swamp. (The park protects two of the five swamps within the area’s ecosystem.) We saw two males tussling and watched a large female chase away a trio of hyenas away from her family group. 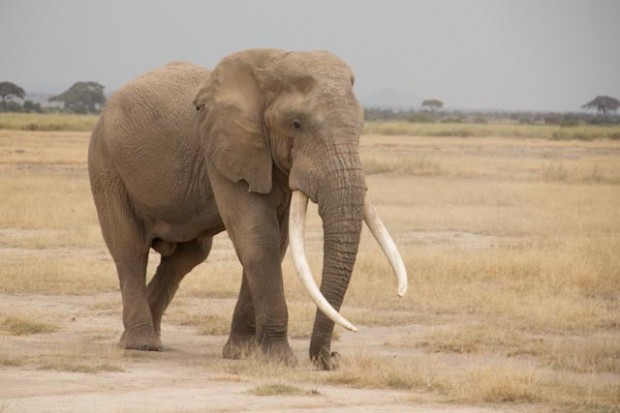 But of the mountain itself we had only the most tantalizing partial view, late on the final drive of our second day: a glimpse of a portion of its snow cap above the clouds. One of the travel magazines we picked up on our SafariLink flight from Nairobi to Amboseli described Kilimanjaro as a skittish landmark because it’s so often hidden behind the clouds. Our guide Victor described it as “sleeping.”

Amboseli houses three of the so-called “big five” animals: Cape buffaloes, elephants, and lions. The other two are leopards and rhinos. We wondered why giraffes and hippos weren’t include among the big five (they’re pretty big after all), but learned from William that name “big five” refers to those animals who were most sought after by the big game hunters who came to Africa — sought after because they were the most dangerous and difficult to kill while on foot. Hippos are apparently easy to kill, though these days they’re the most dangerous animals in the park, responsible for the greatest number of human deaths per year. 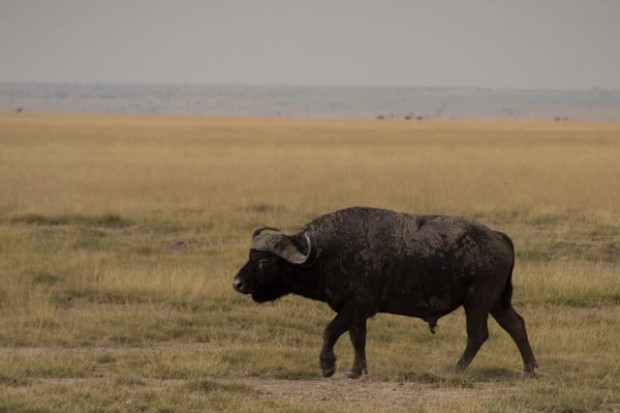 On our first day, Victor managed to show us each of Amboseli’s “big three,” capping the day off with an extended view of a group of female lions. 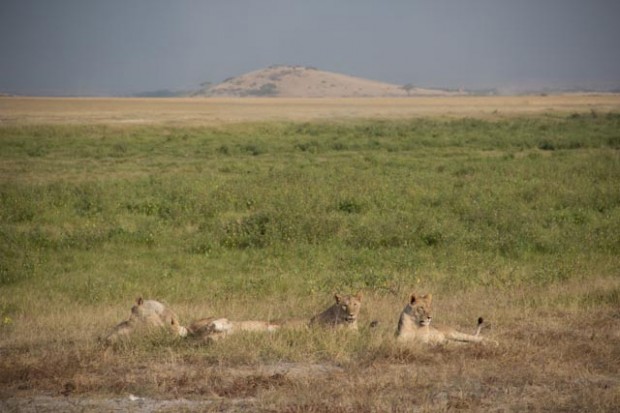 The lions are seen comparatively rarely, and when the group is on view, word spreads among the park’s guides, and a crowd of safari jeeps and vans gathers. One of the females wears a radio collar, which enables the group to be tracked, and Victor told us that some of the vehicles had driven 60 km just to see the lions. 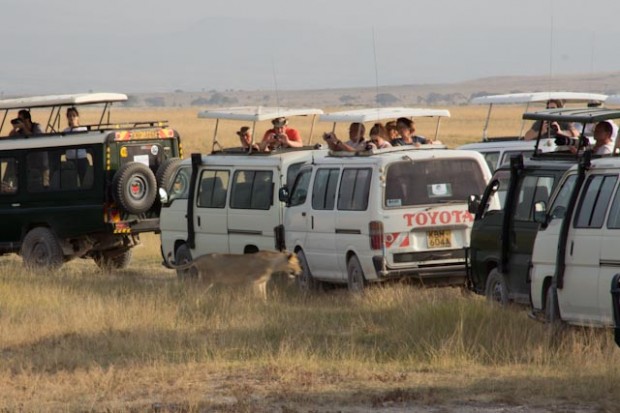 In addition to the elephants, lions, and buffaloes, we were also treated on that first day to sightings of wildebeests … 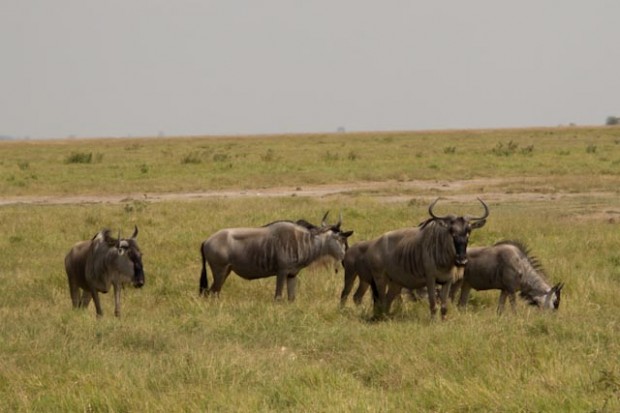 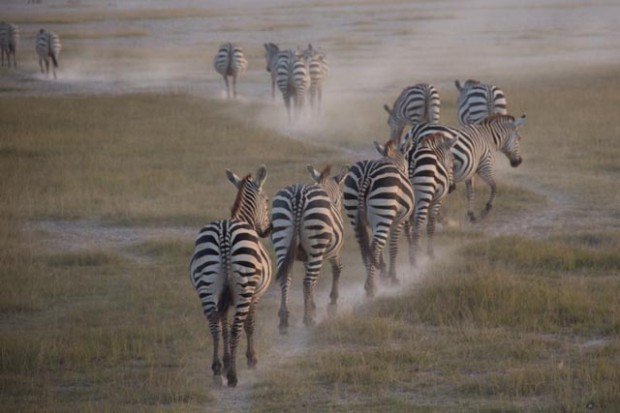 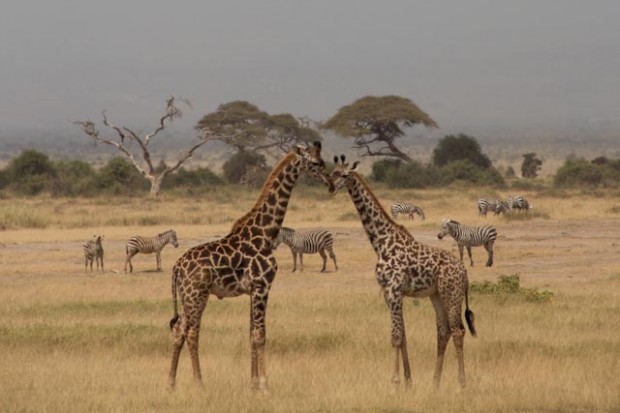 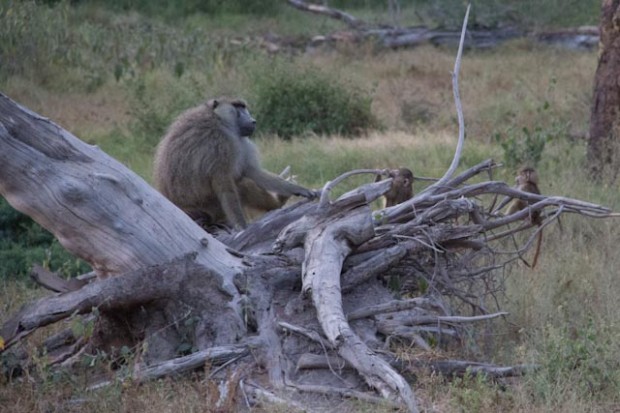 not to mention Thompson’s gazelles, impalas, warthogs, hippos, and a plethora of birds: kingfishers, royal cranes, Egyptian geese, and guinea fowls, among them. And monkeys, though we didn’t have to drive to see them: the Serena Lodge has monkeys wandering about the way New York has squirrels. 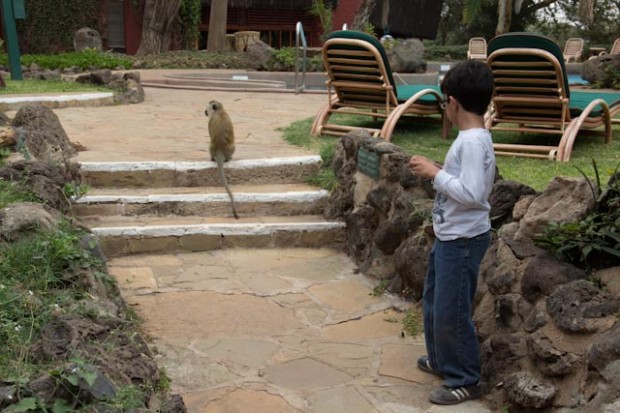 During our fall trip to India, we made an overnight stop at the Ranthambore National Park, renowned as a tiger reserve. We had time for one safari drive, and, predictably, we did not see a tiger. So the boys were prepared for the fact that sometimes on a safari drive you don’t see what you’re looking for — indeed, it’s possible that you may not see much of anything.

On that first day in Amboseli, the experience couldn’t have been more different: it was a feast for the eyes and ears. As my wife put it, “Amboseli put all her riches on display for us” that day.