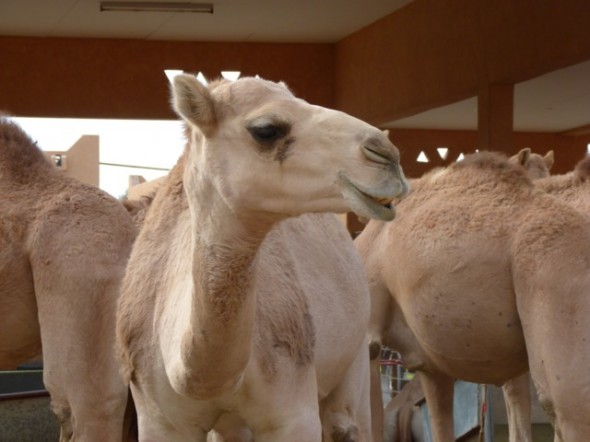 This year’s Thanksgiving animal of choice was the camel. No, we didn’t eat one. In fact, we’ve deferred our celebratory Thanksgiving meal until Saturday, when we’ll be joining a number of NYUAD colleagues here in Sama Tower. But we spent much of our day in search of the beasties pictured above.

We woke up this morning in Al Ain, the second largest city in Abu Dhabi, an oasis city that was once the home of the UAE’s founder, Sheikh Zayed. We stayed at the Mercure Grand Jebel Hafeet Hotel, set atop the majestic Jebel Hafeet mountain, part of a ridge that looms over the city.

As an initial foray, an exploratory trip that lays the foundation for future visits, it was reasonably successful. We now have a sense of the way the city is laid out, how long it takes to get from point A to point B, and most important, a reasonable map. Unfortunately, we only found the map while visiting the Al Jahili Fort, original built by Sheikh Zayed the First in the late nineteenth century. The original fort has been restored and new walls have been built around it, transforming it into a public space that is also occasionally used for concerts. 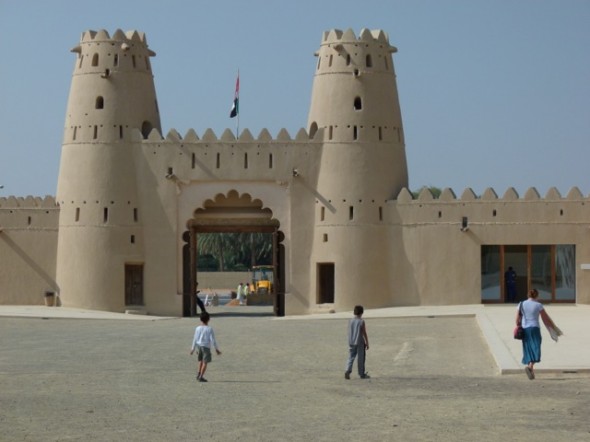 But we arrived after the fort only after driving in circles searching for the city’s famous camel market. (Literally: the city is full of roundabouts, which can become more than a little hairy to navigate when the traffic is heavy!) We’d been stymied by Al Ain’s traffic patterns and inconsistent signage the night before while trying to find the Hili Archeological Park,but we found it eventually.The map that we’d picked up at the hotel  situated the came market nearby, so we figured we’d be good to go in the morning.

Because when we got there, there was no there there. No camel market near the Hili Archeological Park. So we consulted the iPhone, which put the camel market nearer to the Town Centre; my wife consulted a local who indicated something similar in broken English. Unfortunately, we hadn’tread the address in our Lonely Planet Oman UAE & the Arabian Peninsula guide carefully enough, and we hadn’t read this little blurb from liveworkexplore.com either:

Al Ain’s camel market is well known throughout the country and is the last of its kind in the UAE. Recently moved from its prime spot in the city centre to a new location east of Jebel Hafeet on the road to Mezyad and the Oman border, the market provides an excellent opportunity to view the ‘ships of the desert’ up close, and to see and hear the traders discussing the price and merits of their animals. Although only open in the mornings, it is always busy and a great place to enjoy some local colour. An excellent photo opportunity, but be careful where you point your lens and always seek permission first. The men will do there best to sell you a tour around the pens, but feel free to walk around on your own.

Yup, it’s been moved and now sits behind a large new mall that includes a Carrefour. The pens are newly constructed out of stone: 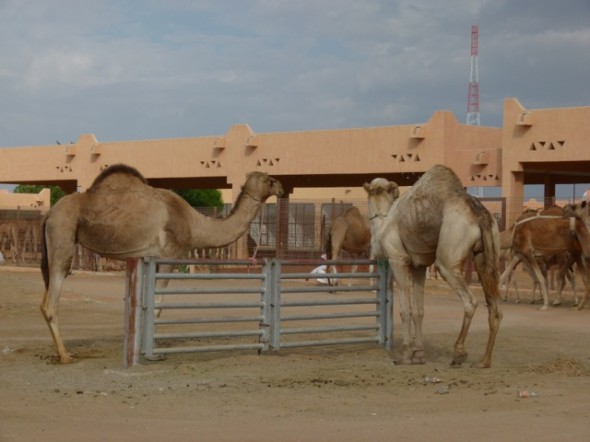 But the camels still smell like camels, and the market was plenty atmospheric: 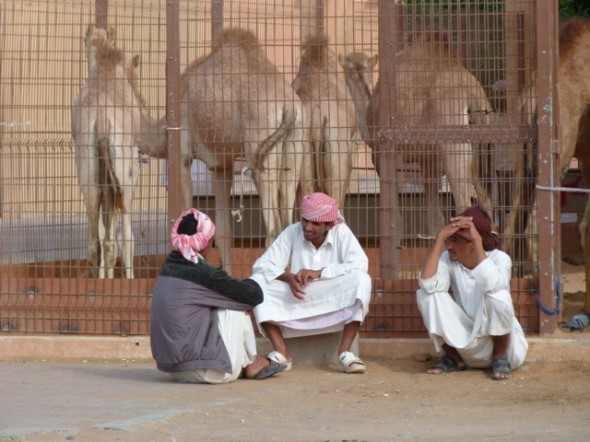 We got out and looked around a little bit. One camel seller latched on to us and described a few things about the camels to us, taking the opportunity to talk to my (clearly non-Muslim) wife about baby camels and pregnant camels and letting my younger son, Caleb, into a pen to pet a baby camel.

Then it was back to Abu Dhabi, a smooth trip except for the part where we nearly got side-swiped by a black Range Rover with tinted windows passing rapidly on our right. The kids watched Monty Python and the Holy Grail (1974) with a friend upstairs, while the parents went to campus to see a revisionist take on Arthur Miller’s Death of a Salesman, mounted by our colleague Ruben Polendo and his company Theater Mitu.

The day encapsulates many of the opportunities for which we are thankful this year: to experience life in Abu Dhabi, to travel around the region, and to live and work at NYU Abu Dhabi surrounded by intellectually and artistically vibrant colleagues.