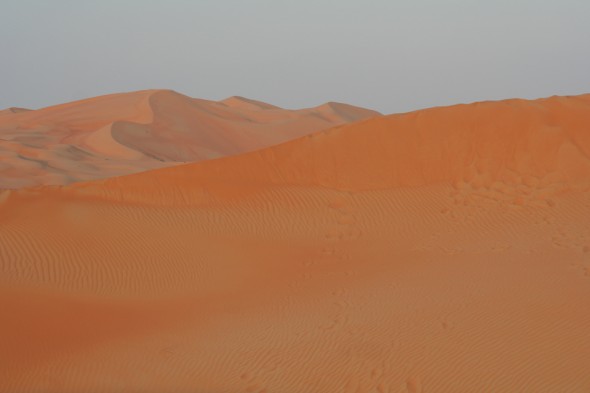 Tomorrow morning, I’ll be teaching my first class at NYU Abu Dhabi, in the first time slot of the new academic year. Yes, that’s right: on a Sunday morning at 8:30 a.m. For those of you who don’t know, the work week runs Sunday to Thursday here in Abu Dhabi, and Friday is the day of religious observance for Muslims.

The course I’m teaching is part of the “Pathways of World Literature” section of NYUAD’s Core Curriculum, and it’s called “The Cosmopolitan Imagination.” It’s an evolution of some of the ideas that I’ve been exploring for the past few years in NYU’s equivalent of the Core in a course that was called “Conversations of the West.”

Here’s the course description that appears on the syllabus:

Originating in the idea of the world citizen and conceived in contradistinction to nationalism, cosmopolitanism can be understood as a perspective that regards human difference as an opportunity to be embraced rather than a problem to be solved. Does this perspective lie behind all “great” literature, which asks its readers to experience otherness by opening themselves up to another person’s words and thoughts? This course uses novels, poems, plays, and films to explore the cosmopolitan impulses behind the literary imagination.

The major texts are: Appiah’s Cosmopolitanism, which will set the terms of debate for the course; Sophocles’ Oedipus Tyrannus in a superb translation by Peter Meineck and Paul Woodruff (and we’ll be lucky enough to have Meineck visiting later in the term); the Lebanese Canadian playwright Wajdi Mouawad’s powerful play Scorched (French title: Incendies), which draws on Sophocles’ play; Shakespeare’s Othello; selections from the 1001 Nights; Conrad’s Heart of Darkness; Achebe’s Things Fall Apart; the Sudanese novelist Tayib Salih’s  Season of Migration to the North; Tagore’s The Home and the World; E. L. Doctorow’s novel Ragtime; and Tony Kushner’s play Angels in America. We’ll also be watching the film adaptations of Tagore’s novel and Mouawad’s play.

I’ve taught some of these texts before, but many of them appear on one of my syllabi for the first-time. But to me that’s part of the fun of NYU Abu Dhabi: the ability to stretch the boundaries of my pedagogy with an emphasis on globalizing my approach to literature. To help me: fourteen students from a variety of nations. I’m looking forward to the morning. (Click here for a copy of the syllabus.)

[Photo: The Liwa Desert near the Qasr al Sarab.]