I read today’s op-ed piece in the New York Times by former Microsoft vice president Dick Brass today with great interest. Entitled “Microsoft’s Creative Destruction,” the piece argues that Microsoft has created a “dysfunctional corporate culture” marked by “internecine warfare” among entrenched interests that has thwarted innovation. “At Microsoft,” Brass writes, ” the big established groups are allowed to prey upon emerging teams, belittle their efforts, compete unfairly against them for resources, and over time hector them out of existence. It’s not an accident that almost all the executives in charge of Microsoft’s music, e-books, phone, online, search and tablet efforts over the past decade have left.”

As I’ve documented here, I switched to Apple as my primary computing platform in the past year, but I remain tied to Microsoft: my wife still uses a Dell computer running Vista, and we have a home-built Windows Home Server with which I’ve been quite happy. I’ve even subscribed to Microsoft Technet so that I can play with various versions of their operating systems and applications software, and I’ve installed Windows 7 64-bit on one home-built system and upgraded both a laptop and my media PC to Windows 7 32-bit. When HP released the Windows 7 software for my Officejet 7590, I decided to upgrade the Vista machine that had been my previous workhorse and that I still use for certain tasks such as scanning and some video editing. I was planning to upgrade my wife’s laptop as well.

I found myself in agreement with various reviewers and users who deemed Windows 7 to be a big success. 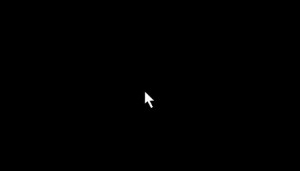 And then I encountered the Black Screen of Death (KSOD for short on some internet sites to distinguish it from the old BSOD — Blue Screen of Death — that many XP users came to know intimately). You get a mouse cursor on a black screen after login that moves around, but nothing else: no desktop. This happened on the Vista machine. Luckily, I had it backed up on the Windows Home server, so I reinstalled it. Next morning, KSOD once again. I did a little research on the internet and discovered that last fall an computer security company called Prevx had claimed that the problem was called by a bad patch from Microsoft. The folks at Redmond investigated, decided that the problem was due not to their software but to some malware. Prevx issued a retraction of their earlier claim.

Funny thing is, the KSOD seemed to appear on my system shortly after an automatic Windows update. I’d restore the system from a backup and it would seem to be fine and then the next morning — kabluey! I tried a different saved backup. This time the system started fine, but then after a restart and an endless CHKDSK that found innumerable errors … yup, KSOD. Again. And again. And again. Six times in all.

I checked the media PC in the living room. KSOD. Oddly enough, though, on that computer I was able to use CTL-ALT-DEL to get the task manager, which meant that I was able to execute the workaround provided by — you guessed it — Prevx. It cured the media PC (knock wood, fingers crossed, it still seems to be okay). But the Vista workhorse: forget it. CTL-ALT-DEL produces no reaction from the computer. Can’t get the task manager.

Luckily, I’ve been moving to more of a cloud computing model, so I don’t have any precious data stored on the VW, and I can get whatever I need from the Windows Home Server Backup (at least in theory). So what to do? Well, both the VW and the Media PC were upgrades from Vista, so I’m currently performing a clean install on a spanking new WD Velociraptor hard drive. We’ll see what happens.

Meanwhile, I’m not upgrading my wife’s computer anytime soon. And when I do, it’ll be on a fresh hard drive, so we can pop in her old drive if the new one goes KSOD.

Or maybe we’ll just get her a MacBook Pro.