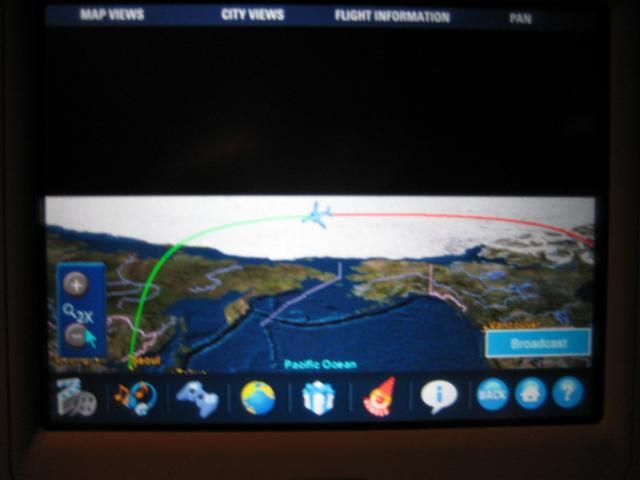 I’ve got my laptop out, and I’m working on the conclusion to the lecture that I’ll be giving at Ewha Womans University on Friday on the subject of “Why Emergent Literatures Matter.” I promised that the lecture would offer a critique of the idea of U.S. multicultural literatures, arguing instead for the use of the term emergent to describe literary traditions that have been marginalized in the formation of the mainstream literary canon. I’ll be arguing that emergent literatures demonstrate the power of Anthony Appiah’s idea of “cosmopolitan contamination.” Cultures, in Appiah’s account, never tend toward purity: they tend toward change, toward mixing and miscegenation, toward an “endless process of imitation and revision.”

I’m working on a Dell laptop, wearing Sony headphones that are plugged into my left armrest, and listening to tracks from a live album that Queen recorded a couple of years ago with the singer Paul Rodgers. The LCD screen in front of me is currently showing our position, on the southwestern end of our arc below the North Pole. 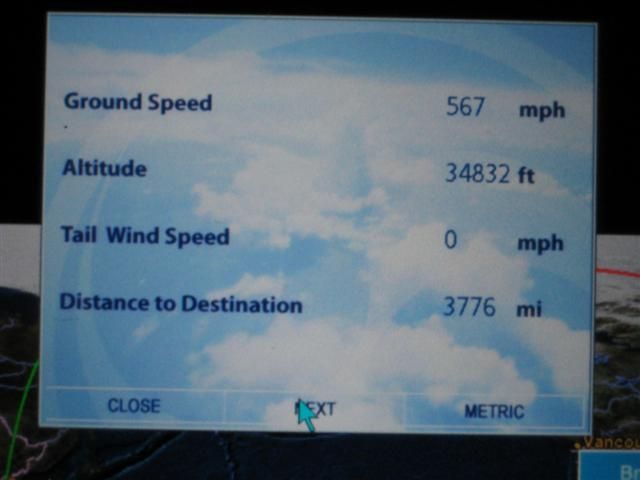 We’re at an altitude 34,832 ft with 3,776 miles to go before we reach destination. I’ve watched two movies so far, with 29 more (and a host of other entertainment options) from which to choose. How things have changed in the four years since my last trip, which felt really long.

What a marvel is the age in which we live. We can fly from one end of the globe to another without stopping by skirting the North Pole. And I could pick up the entertainment controller built into my seat, turn it over, and use the built-in satellite phone. With a swipe of a credit card (okay, a few swipes, since it took several tries before a connection could be established), I’m saying goodnight from above the Arctic wastes to my son in New York. It’s costing $0.65 per six seconds but it’s worth every penny, just for the sheer marvel of it.

The world has become so small: this should be the great age of cosmopolitan contact, of peoples reveling in stretching out across oceans and deserts and continents to meet and enjoy one another.

Yet every time you go through a security screening at an airport, it’s brought home to you (as your laptops and shoes and one-quarter Ziploc bag full of liquid toiletry items in under 3-ounce sizes), that we are far away from a cosmopolitan golden age. We can fly from New York to Seoul in under fourteen hours, but peace, love, and understand seem to be receding faster and faster with each technological leap forward. How sad that the very technologies that should bring us all together become the tools that are used to keep us all apart.

Not a radically new insight to be sure, but you see it from a slightly different perspective at 34,832 feet.