Recently we invited the media critic Mark Crispin Miller to give the inaugural FYRE lecture at the residence hall where I am a Faculty Fellow. (NYU has the same same relation to acronyms that Samuel Johnson claimed that Shakespeare had to the pun. “FYRE” stands for “first-year residential experience.”) The FYRE lecture series was the brain-child of Patsy Cooper, a professor at Steinhardt who is also a Faculty Fellow at the residence hall. She suggested that, with an important national midterm election looming, Miller would be an ideal person to kick off the series. The idea was to bring a prominent speaker each fall to one of the first-year residence halls to talk — especially though not exclusively to first-year students — about pressing topics of the moment and the future. 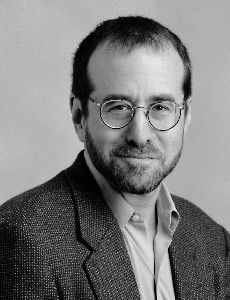 Miller is a professor at NYU’s Steinhardt School in the Department of Culture and Communication, and he gained national recognition with his book The Bush Dyslexicon: Observations on a National Disorder (2001), which analyzes President Bush?s use of language, particularly his rhetorical blunders, malapropisms, and silly comments. How, Miller asked, did someone so obviously unqualified to be president convince so many voters that he was? We had a very good turnout for the lecture, and Miller spoke about his most recent book, Fooled Again: How the Right Stole the 2004 Election and Why They’ll Steal the Next One Too (Unless We Stop Them) (2005). Arguing that the democracy that we take for granted is doomed unless Americans wake up and take action, beginning with a thorough investigation of the frauds perpetrated during the last presidential election.

Before the lecture, I repeated to Miller the joke that I’d been telling people ever since I saw Al Gore’s film An Inconvenient Truth (which is coming out on DVD on November 21, not a moment too soon). “I’m now convinced,” I said, “that Bush and the far right have concocted a two-pronged strategy to bring about what the old spiritual calls ‘the fire next time.’ First, invade Iraq to create a conflagration of Biblical proportions in the Middle East, and if that doesn’t work, the backup strategy is to promote global warming in order to fry the planet.” Miller looked at me somewhat blankly, as if he didn’t think the joke was funny. But then I realized what the look meant: he didn’t think it was a joke at all.

“But that’s right,” he said. “That’s exactly what they’re doing.” And he suggested that I read Divine Destruction: Dominion Theology and American Environmental Policy by Stephenie Hendricks (2005). By the way, that spiritual, which gave James Baldwin the title for his searing 1963 essay on American racism, is called “O Mary, Don’t You Weep,” and it’s been covered brilliantly by Bruce Springsteen on his most recent album, We Shall Overcome: The Seeger Sessions.